#THIS19 : The Next Generation: Investing 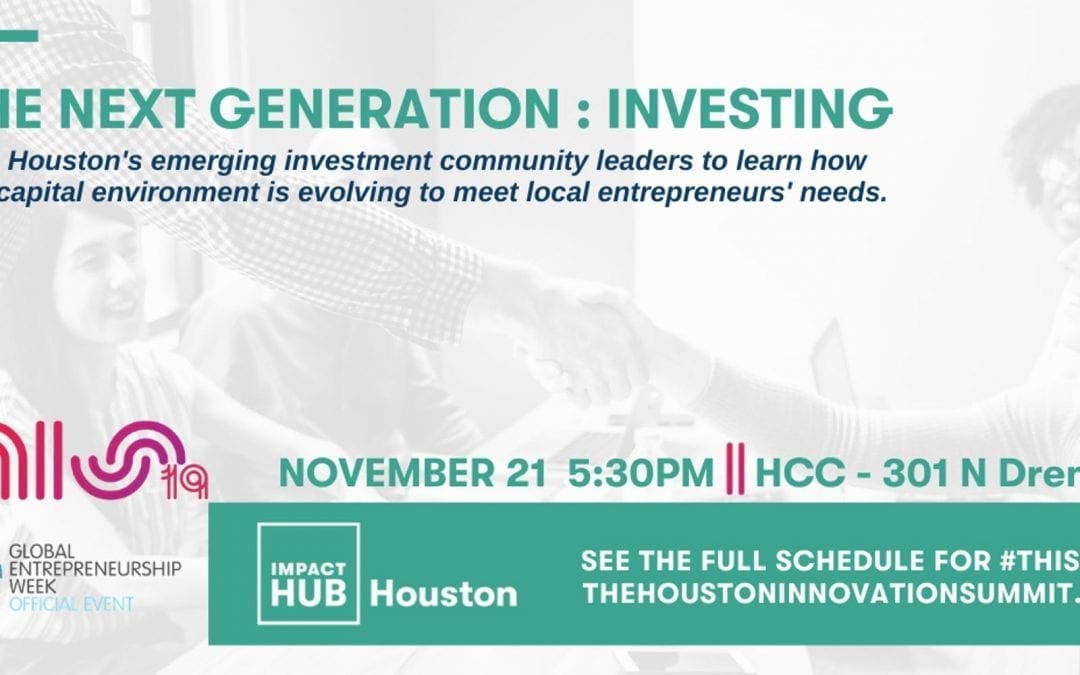 Houston has long been criticized for its perceived lack of funding for startups, especially for diverse entrepreneurs. But last month, at least seven early-stage companies successfully closed their fundraising rounds — four of them co-founded by women and/or minority entrepreneurs — with many more promising startups in our region’s pipeline.

Join THIS: The Houston Innovation Summit during Global Entrepreneurship Week for a conversation with some of Houston’s emerging investment community leaders to learn how Houston’s capital environment is evolving, how they’re sourcing new deals, what they’re most excited about, and new markets and trends on the horizon for people to put capital to work.

Lilly Liu is the Senior Investment Analyst at Houston-based Mercury Fund, an early-stage venture capital firm focused on entrepreneurs and technology innovation originating in the U.S. Midcontinent. She works with the investment team on deal sourcing, due diligence, and portfolio value creation. Mercury’s investment themes target SaaS, Cloud, and Data Science/AI platforms that make the industries of Middle America more competitive and efficient. Outside of Mercury, Lilly is an active contributor to the Houston and Midcontinent startup ecosystems, serving as a mentor at WeWork Labs, Station Houston, and TMCx. She graduated with highest honors from Duke University with a double major in Economics and International Affairs.

Samantha Lewis, Rice MBA ’17, is the Director of the GOOSE Society of Texas – an exclusive investment group focused on early stage technology ventures. Before attending Rice Business school, she successfully started two ventures, one of which she sold in 2017. The other company, Green Chile Co, generates over $3 million in annual revenue and boasts of customers like Torchy’s Tacos, HEB, and Trader Joe’s. Samantha is an advisor to numerous startups including Houston based blockchain startup, Topl.

Rhian leads business development strategy and growth at LetsLaunch, an equity crowdfunding fintech startup. Prior to this, Rhian spent over 10 years in supply chain management, deal delivery and operations within the energy industry at Shell and BG Group, including the development of global sourcing strategies and leading high profile negotiations with major international industry players. Rhian has lived and worked in over 6 countries and holds a BSc in Management Sciences from Warwick Business School, UK. She is currently undertaking her MBA at Rice Jones Business School.